A Snapshot of Power Trading in India

Power Trading has come a long way since trading has been recognized as a distinct entity in Electricity Act, 2003.

What is Power Trading?
Basically, Power trading is an activity of buying and selling of power at Power Exchanges, which are approved by Central Electricity Regulatory Commission (CERC)and moreover standardized Products are offered to buy and sell power. Thus Power is traded like a commodity at Power Exchanges like IEX (India Energy Exchange), PXIL(Power Exchange India Ltd.) Likewise shares trading are done on SENSEX etc & commodity trading at NCDEX etc.

What is Open Access?
Open Access allows large users of power having a connected load of 1 Megawatt (1MW) to buy cheaper power from the market.

Acc. To EA 2003 Sec 2(47) : “open access” means the non-discriminatory provision for the use of transmission lines or distribution system or associated facilities with such lines or system by any licensee or consumer or a person engaged in generation in accordance with the regulations specified by the Appropriate Commission;

Broadly Power trading can be sub classified on the basis of duration of contracts and energy trading platform.

What are various Bid areas on Energy Exchange?

What is HHI & its relevance in power market?

HHI stands for Herfindahl-Hirschman Index
A commonly accepted measure of market concentration. It is calculated by squaring the market share of each firm competing in a market, and then summing the resulting numbers. The HHI number can range from close to zero to 10,000.In case of p
For the year 2012-13, HHI was 0.1437 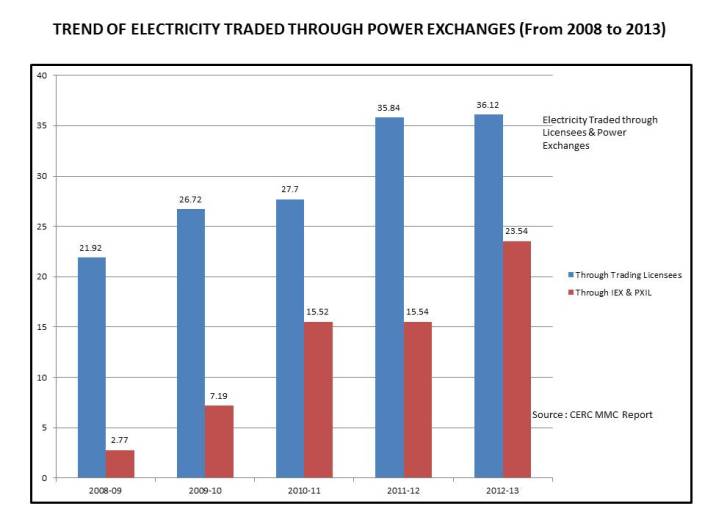